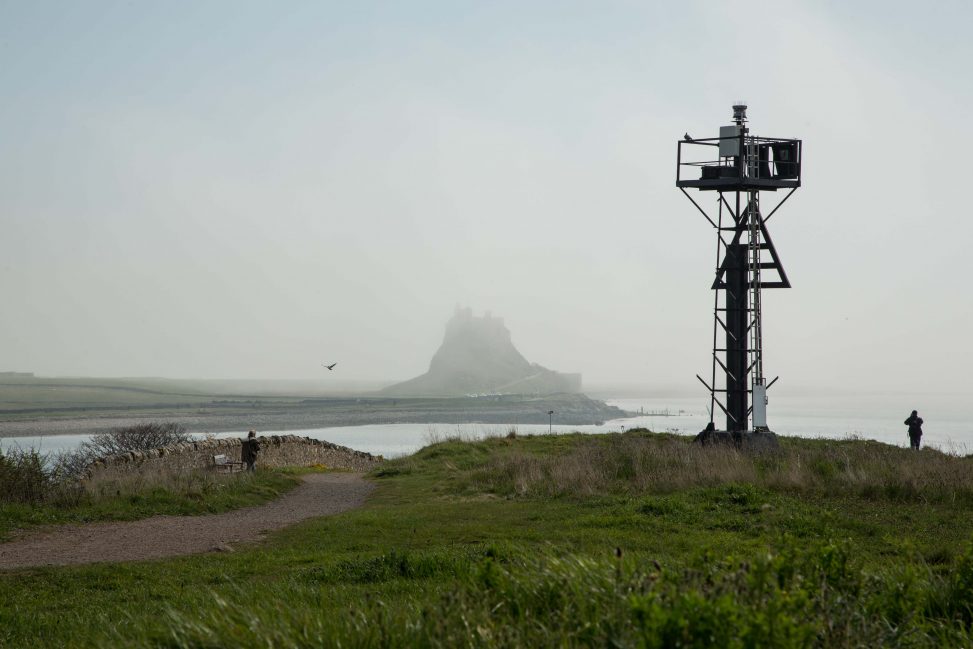 “Katie can come back and help repopulate the island.”

Going on a retreat was not quite what I had expected.

I had gone to Lindisfarne, a small tidal island off the northern Northumbrian coast, somewhere in the North Sea. It was nicknamed Holy Island as a result of the establishment of a monastery to convert the ‘wicked and barbarous’ people of Northumbria.

The island itself was lovely, the usual influx of visitors each day, armed with walking boots, brightly coloured coats and ready energy, prepared to scale the castle walls and inhale the monastic air, which must surely result in a holy and peace-filled constitution. The variety of people, some face hardened in determination to reach their destination, eat an exquisite scone and then leave promptly, before the tide turned. Others, filled with the joys of a chilly, north eastern spring, wanting to express every delight, to anyone who happened to walk by.

The island is small, with only a population of 180, a fraction of which are Lindisfarne born and bred. The influx of over 650,000 visitors and tourists every year give the impression of activity and residence. Of a quiet evening, when the Peter Storm catalogue models had left, more poultry was present than people.

I had jokingly threated to befriend everyone on the island, as a way of undermining the rest that was the primary purpose of the trip. Thus, it was with great glee that I met George and George, my accidental guides to the island. Locals and both in their 80s, I spied them from the top of a grassy hill that I climbed each day to overlook both the coastline round to a harbour wall, into a small, sandy and shingled bay, where tide dependent boats either bobbed or sat at drunk angles in the sand, waiting to be retrieved by the waves.

The Georges were sat on an old wooden bench by the shore, shrouded with new and old lobster pots, woven with that distinctive green, almost luminous rope that is so appealing for photographers and presumably lobsters alike. Relieved that I would not have negotiate my way down the cliff face that I had climbed, I found gentle slope down the hill, past a tire swing, hung precariously from an obliging tree and went to find the two men. Sat behind them, further up the shore men were passing trays of shellfish in the rhythmic motion of a ready-for-retirement factory worker and were not going to look up for another strange woman in a bright coloured jacket, no matter how quizzically she peered at them.

Nestled on a seat, in front of the vans were George and George, accompanied by  a dog. There was something wholly congruous about these men, as if they had been painted to fit into the landscape, whilst every other person stood in stark relief, clutching their large and very bulky DSLRs, certain that a National Geographic commission was only a couple of shots away.

I paused for a moment, introduced myself and asked if I might take a photograph. They were obliging and kind, even though I then, too quickly produced an oversized DSLR from my bag, where I’d been feeling morally superior for hiding it.

Born on the Island and having lived well into their 80s, they talked with nostalgia of the time when there were six hundred people on the island which crucially housed  nine pubs, all of which were open for 24 hours, presumably to allow the lobster fishermen to enjoy an after work drink, whenever the tide dictated that might be.

Shell fishing industry was still key, but tourism had become the great, and largely unwanted monolith. They didn’t mind it, they didn’t like it, but crucially they felt no benefit from it. It was their opinion that income from the industry came in and went straight off the island again, with no nurture of infrastructure or care. Their fear was that it would become an island for other people, not for those who had lived there all their lives, and for whom it was a place of belonging.

Concern wasn’t simply economic. One of the great losses was considered to be the lack of singing, “no one sings anymore” I asked if they sang, and George on the right pointed to the George on the left, telling me I had to hear his voice. He sheepishly refused, but given a pint of an evening, probably could have been persuaded. There was a grave sense of a loss of island identity, of the individuality that had drawn tourists to visit in the first place, and part of the pride of those who lived there.

I didn’t mention that I was a more frequent worshiper at the shiny new coffee shop, that tourist mecca, than I was at the parish church. My high-quality-caffeine addiction undermining my conflicting compassion about the impact of tourism on the island.

The mildly terrifying suggestion that I return to repopulate took me by surprise, and was a joke from a friendly face – it was not an invitation from the gracious George and George, I should add, nor a dubious, Atwood-esq chat up line in the pub of a quiet evening. It was however, an expression of a broader sense that greater population would result in reclaiming an identity that had been lost, stronger protection against change that was happening to the population, rather than with.